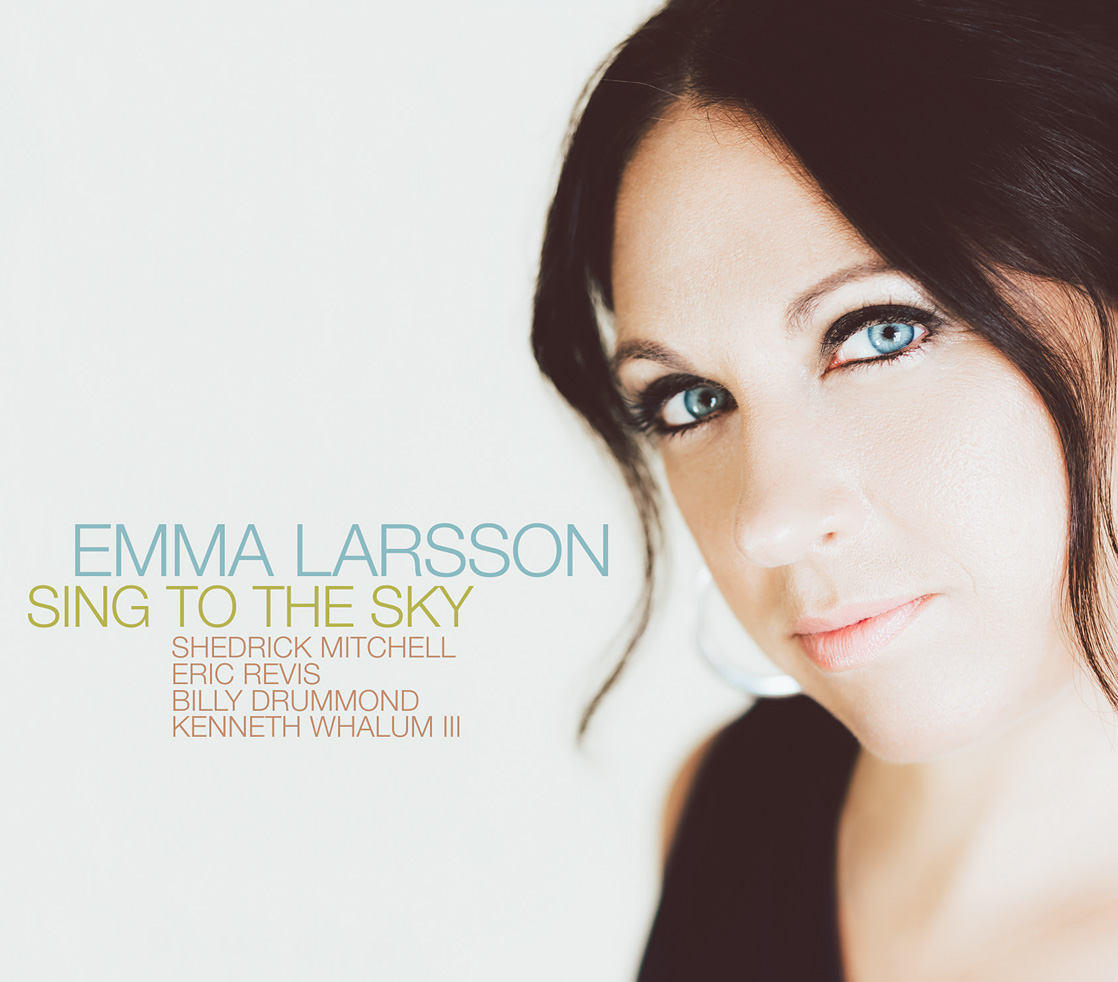 (New York, NY)— “Sing to the Sky,” Emma Larsson’s third album, will be released worldwide on October 16, 2015. The latest project for the Swedish-born vocalist offers a lush blend of originals and carefully chosen favorites that build on the momentum created by her earlier releases that garnered critical acclaim across Europe and Japan.

“Larsson is no vocal one trick pony but a gifted singer/songwriter that can hold her own with any of the major label talent working today,” wrote jazz critic Brent Black. “[She] possesses flawless timing, impeccable phrasing and the innate gift of knowing when to push forward and pull back thus helping cement that connectivity with her audience.”

That connection with the listener lay at the heart of Larsson’s latest work. She describes “Sing to the Sky” as an especially personal project, each track inspired by an untold story. “It is about living life with all its ups and downs while keeping your faith through the rocky parts of the road,” she says, adding, “I hope listeners can find something that relates to their own stories.”

Her first release on Origin Records, Larsson assembled nine tracks that blend a variety of keys and tempos—and emotions. Working as both composer and lyricist, she counts John Coltrane and Betty Carter among her musical influences, and Maya Angelou her primary literary influence.

Describing her writing process, Larsson says most pieces began as poems with the melodies taking shape around the lyrics. Using fewer chords and key changes than in her previous recordings, Larsson allows the emotions—sadness, hope, longing– to emerge through the music. “I simply let the music come to me instead of trying to run after it. I took my time and everything came together very organically.”

A review in “All About Jazz” described Larsson as representing “…a new class of vocalists who are pushing the limits of jazz vocals to the edge of post bop conventional wisdom into a realm not otherwise traveled.” Accompanying her on this journey is a first-rate band including pianist Shedrick Mitchell, well-known in the jazz and soul circles for his work with Kenny Garret and Aretha Franklin; bassist Eric Revis, an 18-year veteran of Branford Marsalis’s Quartet; drummer Billy Drummond, known for his work with Joe Henderson and Freddie Hubbard, to name a couple; and saxophonist Kenneth Whalum III, son of gospel great Kurt Whalum.